Greyhounds are known for many things, for being long and unique looking, to running very fast, to being surprise couch potatoes. One thing you may not know about them is that they're in the top 10 most popular dog breeds in Australia. Read more about them below including their history, temperament and suggestions for potential greyhound owners. 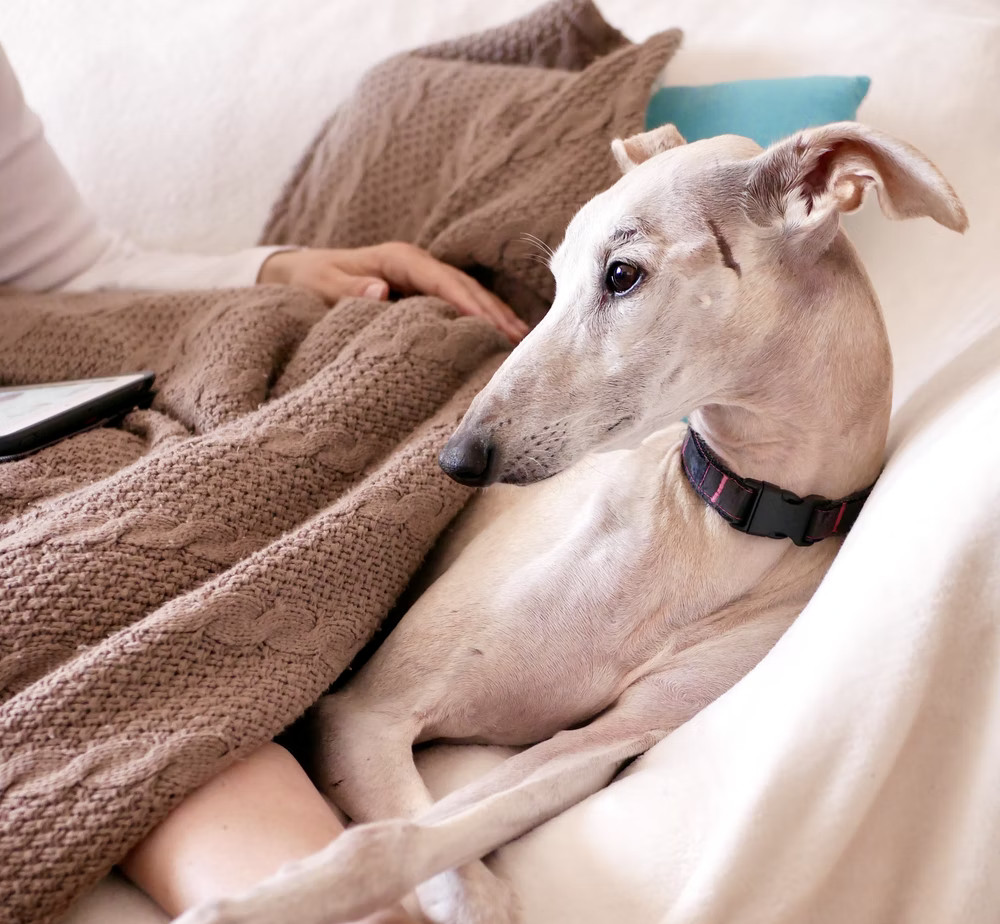 History
Greyhounds stretch as fair back as Ancient Egypt, where they're depicted alongside their human companions. From the ancient times until now, greyhounds are adored for their sleek look, grace and intelligence.

They're best known for their speed, which came in handy for the US cavalry throughout American history, as they were excellent trackers and could keep up with horses.

Of course, you'd know greyhounds in the modern context for racing. Australia has one of the largest greyhound racing industries in the world.

But the Egyptians, US cavalry and the racing industry don't understand the best parts of greyhounds.

Greyhounds are friendly, affectionate, trusting and generally un-exciteable. They won't play the way a dog like a staffy or a golden retriever would, but they would love to sit on the couch with you and watch tv.

It's true that greyhounds love to run, and they need about half an hour of intensive exercise like running, playing fetch or sniffing about to get out all their energy. Apart from that short burst, they generally like to veg on the couch, just like the rest of us. This means they're suitable for families with small children, as well as the elderly or the disabled. They are also generally non-aggressive to strangers, though loyal to their family.

Whether you adopt a retired greyhound, or pick one up as a young pup, each dog is different. Though general breed information says they are suitable to get along with other animals in the house, each dog will be different and it's important to check for their suitability before introducing them into your home.

Do you own a greyhound, or are considering it? There's a few things you should (and probably do) know before pursuing your dream of welcoming a greyhound into your home: because of the shape of a greyhounds head, there's special collars designed to prevent slipping. A normal pet collar will not stay on their streamline figure. Alternatively, harnesses are a great way to have more control on walks and to keep your furbaby comfortable.

You should know that greyhounds don't need baths as often as some other breeds, because their grooming habits are more like cats. They don't shed so much (or bark) or smell, and can generally keep themselves clean.

If you see your greyhound asleep on the couch, then come back a few hours later and they're still asleep  — don't panic! Greyhounds sleep up to 20 hours a day. They're generally very intelligent and can tell you when they need something.

Subtle signs tell you when someone is approaching, but they are by no means guard dogs. They'e lovable companions, gentle friends and intelligent beasts to make a part of your family.

Our Beef and Turmeric would be excellent for greyhounds to keep their impressive joints moving without pain, and also to reduce injury. Whether you have a greyhound or not, we’d love to hear how Bella and Boots has changed your pet's life.  You can tag us on social media @bellaandbootspet or fill out our Pet of the Fortnight form here to win a 700g food pack.